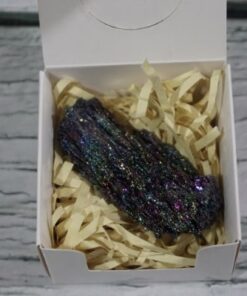 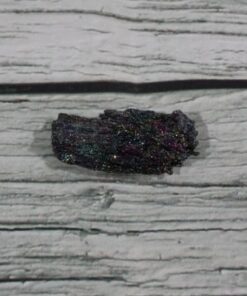 A nice chunk of black rainbow carbide packaged in a small gift box.

Black rainbow carbide is also known as silicone carbide or carborundum. Carborundum is comprised primarily of silicon and carbon and is naturally occurring in the form of moissanite. Since 1893 this mineral has been used as an abrasive in commercial applications. Application of silicon carbide is also used in the production of LEDs (light emitting diodes) and early radio detectors.

This is not a natural product. 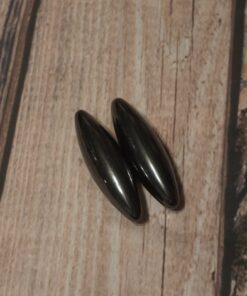 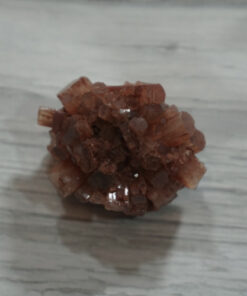 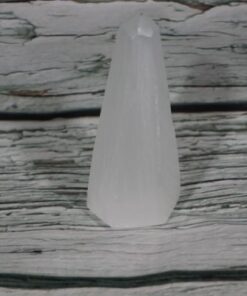 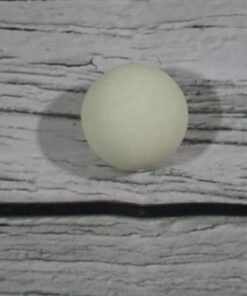 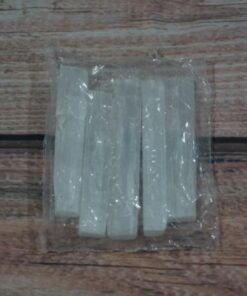 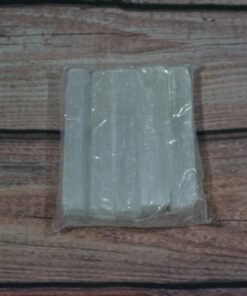