I recently purchased this Gyokushodo Kaori no Sho incense sample pack along with some other incense sticks which I plan on reviewing soon as well.

The first thing you will notice if you decide to purchase this sample pack is that the packaging is beautiful. There are some more detailed photos below. 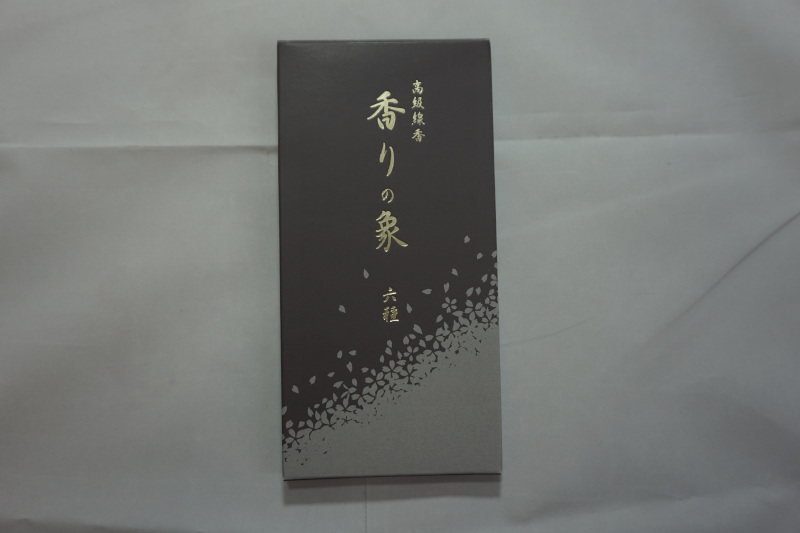 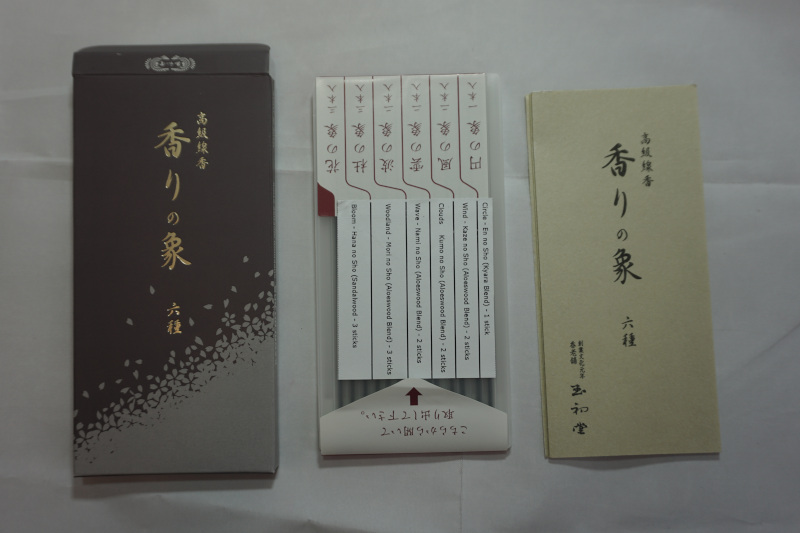 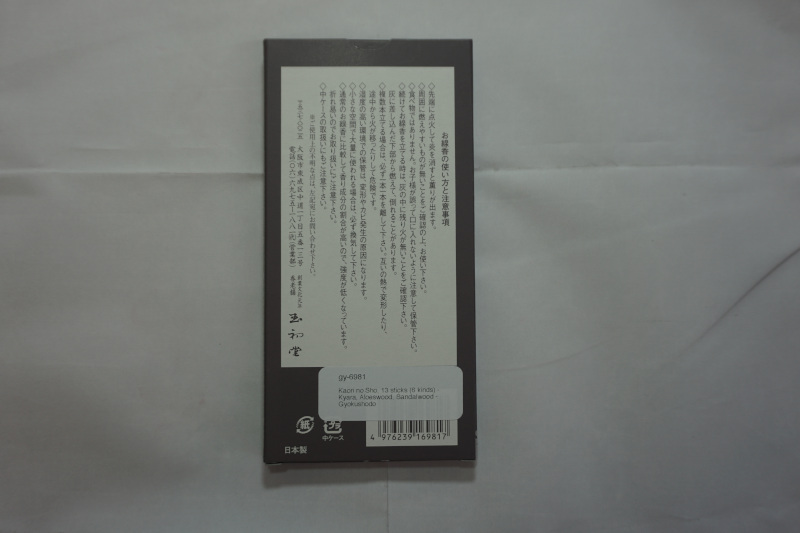 Unfortunately, I don’t speak Japanese, so I have no idea what the packaging says, other then the sticker which has the incense names on it, which happens to be in English.

The scroll you see in the photo opens up and has quite a lot of text on it, but again, I have no idea what any of it says.

It contains 13 incense sticks, of 6 different varieties, including:

This incense assortment consists of Gyokushodo’s premium incense line and each of these incense sticks are different in their own way. This is a good way to get acquainted to Gyokushodo’s incense.

At this point almost the entire incense stick has burned. There are a few inches of it left. I’ve been sitting here inhaling it for about 35 minutes now.

This is a somewhat soft, yet spicy aloeswood incense. It’s aroma has some typical musky elements, but is very balanced with the spices. The cinnamon and clove are certainly noticeable. It isn’t really harsh, but does have a slight bit of a burning smell in the background. It reminds me of Autumn, and has a sense of crispness to it, which I believe to be camphor.

This smells very nice, but the aloeswood content is perhaps a little light. If this had a slightly deeper note, it would be much more impressive. This is, however, typical of aloeswood incense sticks in this price range.

Next I will probably be reviewing Gyokushodo’s Wave (Nami no Sho) incense sticks. I’ve read that they contain ambergris, so they should make for an amusing burn.

If you’re tried these Gyokushodo Mori no Sho incense sticks then please comment below and let me know what you thought about it!

Reed's Handmade Incense takes great pride in helping to keep the ancient art of incense alive in the modern world.